On a cold but beautiful day, the 25th Annual Boys and Girls Club of Lake Tahoe Golf Classic took place at Edgewood Tahoe.  For 25 years Edgewood has been playing host to our charity tournament.  In addition to the course, Edgewood provides the carts, food, and beverages 100% free of charge to the Club, at an estimated value of $25,000 each year.  Add to the money that we have raised from the event, this equals an estimated $1.5 million in assistance to the Club over the quarter century.

This year the wonderful Randy Fox ably coordinated the tournament, and 140 players took to the course in a scramble format.  New for this year was the Launching for Charity Pro on Hole 5.  Players were invited to challenge the Pro on a distance shot to the next hole, with the added enticement of a vacation to any who beat him.  A few came close but ultimately participants just enjoyed the challenge, helpful tips they picked up and donating to the Club to use the Pro’s drive as their own for the hole!

In celebration of the Silver Anniversary, Fromarc Insurance donated silver divot tools for all participants along with the regular goody bag items.  Favorite features such as the Belfor Bloody Mary Bar, Teen Snack Bar and Lagunitas beers were back again, along with the opportunity to win a brand new Toyota 4Runner from the new Jim Bagan dealership (who have taken over from CardinaleWay Motors).

And as the tournament is twenty-five years old, our wonderful Events and Fundraising Director, Nicole Marsel, decided to bring us into the 21st Century by moving the Silent Auction to an online format.  It was a great success as anyone was able to participate, including people not at the event.  Huge thanks must go to Phil Weidinger of Weidinger PR for all his help in soliciting for donations but also helping to spread the word about the auction.  Because of his and Nicole’s hard work – the auction alone raised over $16,000 for the Club.

The highlight of a wonderful day came when Arianne De Leon, our Junior Youth of the Year and Emmie Fiel, our JYOY runner-up, presented to the players and guests, what the Club means to them and why they are so grateful for all the support given to the Club.  They also presented a certificate to Jeff Tillman of STR, who has played in all 25 Golf Classics.

Our heartfelt thanks go out to everyone who played, sponsored, donated or bid in the event.  You, our community, is what makes this event so special and has kept it going and growing for the past 25 years.  In total, the event raised over $57,000 for the Club, enabling us to keep our doors open and provide a safe, fun and educational place for our children to be when school is out but no-one is home.  Thank you! 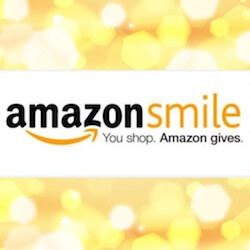